What Does Pay More For Coffee Mean? DMs With Dean Kallivrousis, Pt 4

WHERE WE LEFT OFF

UM: Let’s talk about some of the pressures that roasters and coffee buyers are facing, and I want to try to depressurize some of these conversations. 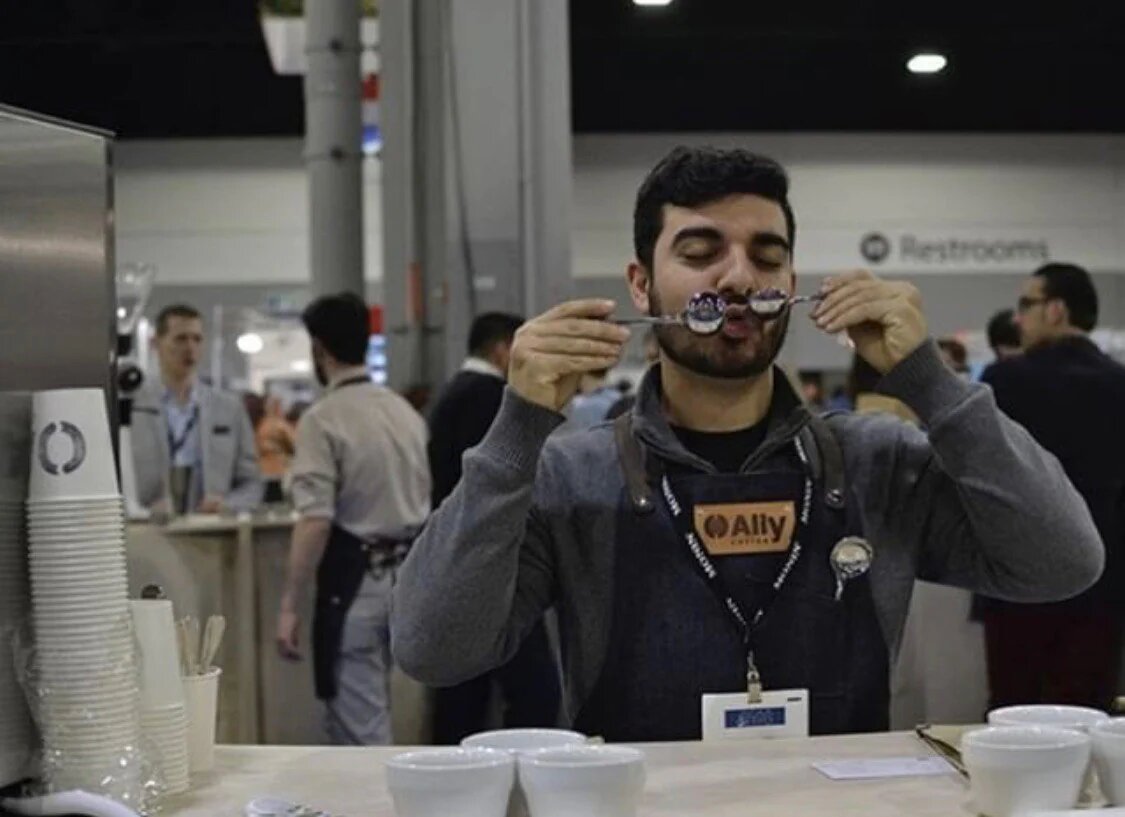 What Does Pay More For Coffee Mean?

UM: It’s a hashtag that took off from a Matchbook Coffee Project release with Sam Neely. I think Ashley Rodriguez initially came up with the copy. In my opinion, it’s effective because it’s so simple and it forces people to ask more questions. However, it’s also received criticism from folks perceiving it as a single-exit strategy.

I personally see it as a potent and complex statement whose meaning is an important part of the conversation. But without further explanation it can feel like an impossible demand for roasters that are dealing with customers who want race-to-the-bottom pricing.

DK: This is a tough one because its moral implications are that we all do not pay enough for coffee. And overall, the price of green coffee has been declining for 30+ years. But how do we have a business while making margins that keep us profitable for the following year, or the year after that?

I see this race-to-the-bottom pressure placed on roasters everyday, from grocery stores, distributors and consumers. The pressure also comes from competitors and macro commercial roasting conglomerates.

The truth is anyone can pay more for coffee, but how much more I think might be a different question. And my personal worry is not so much specialty, but much more with commodity coffees because the vast majority are commodity or receiving commodity pricing.

And if we stick with our ocean metaphor, maybe pricing is more like the current that has gone out and we are all trying to function with a low tide.

A rising tide lifts all boats.

UM: I love the analogy of the rising tide lifting all the boats, and I appreciate you zooming out to include commodity coffee in this because it’s such a massive part of the puzzle.

DK: I don’t think we can forget about it. Wine certainly doesn’t ignore table wine when it comes to production.

Along with the vast majority of coffee producers who produce specialty and commodity level coffees.

UM: Yes that is so important! So we have pressure coming from all side. There’s pressure from customers, from competitors, from giant coffee conglomerates. In ths case, what functionally can “pay more for coffee” mean, in actual practice?

DK: I think there can be an individual response (which can make some localized impacts) and then I think there’s something much larger and more efficient / effective, at an institutional level.

At that level, there are already things in motion. A sort of renaissance. Colombia is calling for a minimum price [for green coffee]. Peru has a minimum price on FTO coffees, Costa Rica is moving to outright pricing. I think consuming countries should support and join them in their efforts. In order for it to be effective there will need to be international cooperation. As of 2018, the US pulled out of the ICO (International Coffee Organization). I think that was a mistake.

UM: Can you tell me more about that?

DK: I think it’s an example of juxtaposition. While Colombia and other countries are ramping up institutional support and protection for their people, the US is going the opposite direction, with its formality of leaving the ICO or its lack of faith in cooperative institutions.

UM: Right that makes sense. I appreciate the need for consuming countries like the US to ramp up institutional support in the way that producing countries like Colombia, Peru and Costa Rica are doing / have done.

One thing I appreciate about @transparency.coffee is that it’s beginning to move the individual toward the structural by connecting values-aligned businesses – in the absence of meaning governmental action. It’s not on the scale of like – OK now we have as much buying power as Dunkin’. But it’s definitely not nothing!

But we still have roasters in the middle of the ocean, and maybe now they’rre making transparency reports but they numbers are still not where they’d like them to be – because of all the pressures on them to keep their price to consumer low.

What practical approaches have you seen some folks take?

One of the things I’ve seen buyers and roasting companies do is pay for a premium on top of what they already pay for the coffee. It could be just because, or for a certain project.

UM: What is the most effective way for that payment to be disbursed?

DK: I think that’s a conversation best between who the buyer is doing business with. They will know best, but I’ve seen it as simple as a Venmo. There should be ways to make sure your premium goes to where you want it to go clearly.

So to me it seems important for buyers to work with importers who are honestly (not just in lip service) open to helping navigate things like this.

DK: Totally! For those who want to make direct relationships, honestly Instagram is a great place. There are many producers looking to make relationships with buyers.

And an importer would most likely be happy to bring the coffee in for you.

UM: So how would that conversation work? Would I call my salesperson at my importer and ask if they can help with logistics? Where does their margin come in?

DK: If there’s a coffee and a producer you’re interested in working with, and you’re looking to get it from point A to B, giving your sales person a call would be best, they could give you an idea of the services they offer (whether it’s simply importing or also storing the coffee for you [financing]).

There are some things that buyers should be aware of, like an importer when they’re buying coffee will take responsibility if there’s a quality issue but most likely not if it’s just an importing service (unless it’s damaged in transit). And they have insurance to cover the costs.

UM: Good information to keep in mind! So So this is obviously such a big topic but here are my takeaways so far.

1. the green coffee pricing crisis demands a multi-pronged approach (there is not single exit).

2. Pay More For Coffee represents one of the solutions at play. It applies both individually and structurally.

3. Individually, coffee roasters can PMFC (Pay More For Coffee) by paying additional premiums to coffee farming businesses that they work with.

4. Roasters face a lot of pressure to keep pricing extremely low, so it’s reasonable to start out practicing PMFC on one or two coffees with the goal of continually improving pricing.

5. One way to help facilitate PMFC is connect directly between farmer and buyer via Instagram. When payment is made directly between the two actors, via Venmo for example, they would then work with an importer to get the coffee to port. Just direct connection doesn’t guarantee that a fair price would be paid, but it can help to facililate it.

Any major takeaways I’m missing / any corrections you would like to make?

DK: I think the one thing I’d like to add is not thinking of coffee as a one time transaction. I think a lot of damage is done inadvertently by buyers only buying a coffee for one year and not the next. It’s like if your whole wholesale business was multiroasters who transition coffees every 2 months.

UM: Thank you for adding that!

And thank you so, so much for your time. It’s always a pleasure talking with you!

DK: Thank you Umeko!! I always appreciate you wanting to have thoughtful discussions 😊🙏🏼

Want to read the first installment? Check it out here.