This is the third installment in a Q&A series with Laura Perry. (Link to the first & second installments at the end!) We did this q&a over Instagram DM in Oct 2018, and shared the convo via screenshots.

This convo is saved in my Instagram highlights, and the full transcript is below (typos and all lol).

Laura Perry is the founder of LÜNA Coffee. She has happily spent more than a decade of her life in specialty coffee in Canada. Before starting LÜNA, she was the green coffee buyer for 49th Parallel in Vancouver, BC. And here is a photo of us when we met for the first time in the airport. 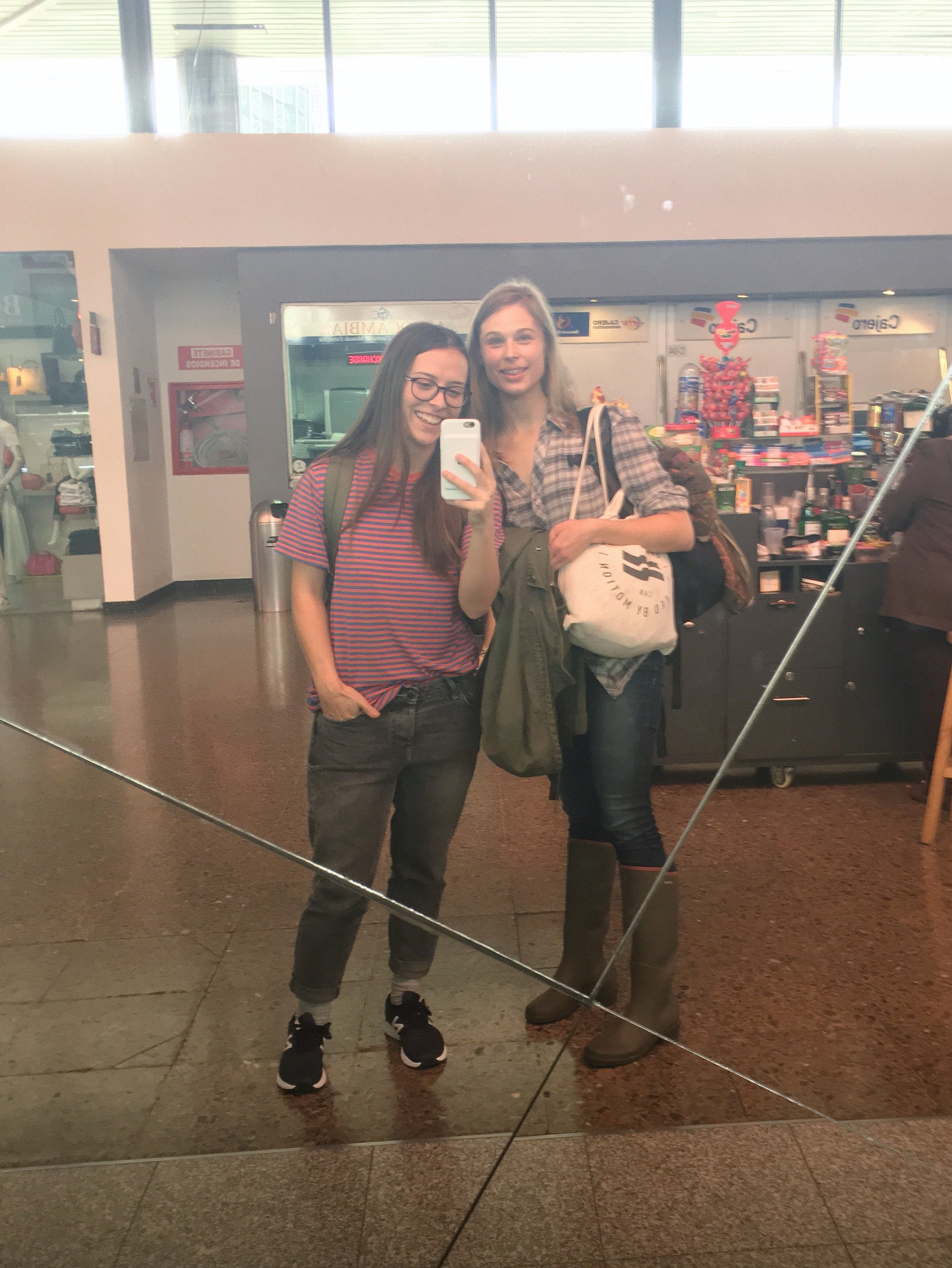 Where Do We Begin?

Umeko: Thank u so much for setting aside the time for this convo!

We’ll be talking about how to establish transparency in coffee supply chains, and I’m v excited to learn about your thoughts and process!

LP: This will be a fun and meaty one! Thanks for having me back.

So let’s say I’m a small roaster, and I’ve decided I want to achieve transparent supply chains. Are there already standard best practices in place? What are some first steps I could try to begin this process?

LP: Cool! So likely at this point hypothetically, if I was just starting, all my coffees would be spot buys (coffees already landed from an importer) so what I’d do is call them up and let them know what I’m looking to do. Ask them things like: Where is (coffee x) from and what exporter was used?  Perhaps give them an example of the type of information you are wanting to collect.  FOB pricing is a nice start.

Another thing you could do is do some digging yourself and try to find out if the producer has an instagram account. Look at the bag of green itself – what specific marks are on the bags, any exporter listed?

When you’re first starting a working relationship with an importer, be up front with what type of information you’d like and would expect.

Be prepared to hit a wall at times – these days it’s never been easier to get access to all sorts of information, down to what kind of dog is on the farm – but pricing breakdown is a touchy topic for a multitude of reasons.

UM: I would imagine!

A Lot Can Go Wrong (even a micro-Lot lol)

UM: It seems like there are many complex and sensitive business dynamics at play.

As an example, if you publish how much you paid a specific farmer, another buyer could scoop you by offering more.

Or as another example, if you ask someone how much the farmer was paid, and the farmer actually was paid less –  the farmer might not want to tell you that, for fear of losing an important relationship.

What are some of the most challenging or sensitive dynamics?

LP: I’ve had situations where we wanted to pay a certain price, but well after the season was done, I visited said producer and they were paid markedly less.

I’ve had situations where a co-operative was denied their second payment. Usually the second payment is due upon the open of an LC (letter of credit that an importer helps out with) and upon export of the coffee.  The overarching union was sitting back, collecting interest for months instead of paying the cooperative.

This kind of stuff is intensely frustrating and happens more often than any of us would like to think.  Often the only way to really find out about this type of thing is months later, in person.

I had a situation with an importer this year actually, where I was trying to get a bit of info on a spot coffee I bought – and I was flat out Denied.

Agency and Autonomy in a $1/lb World*

LP: There is an ecosystem out there of people who have varying degrees of comfort out there with sharing of information which might be deemed confidential. It’s my opinion though, that in 2018, when we know there is almost no power on the producer’s side, and all the power on the buyers side, that we’ve lost that right to confidentiality.

What I’ve noticed is where there is more agency and more autonomy on the producer side, there is a much higher likelihood of a successful transaction and on time/ accurate payment to them. Something as simple as having an instagram account or a whats app has been super helpful for any grower who has the ability to embrace an online presence.

In Colombia, this is more and more common. In Ethiopia, however, where the internet has been turned off nationwide for university exam time – which is a tricky one. I have hope that things are shifting – but I think if technology is going to pay a larger role in accountability, services like cell towers and wifi need to get a little bit more reliable. This means political players need to be on board. This is a much larger issue than a tiny roasting company building traceable supply chains! But that doesn’t mean we shouldn’t collectively push.

When it comes to fearing that another buyer could “scoop you” – I’d argue that if you signal to the producer that you want to work with them again, and you maintain a healthy working relationship, then if they were offered a higher price that they would ask if you would be willing to pay it. At the end of the day, I know roasters like to say they buy all of a farmer’s production or have an exclusive lot – but the producer doesn’t belong to the buyer. The hope is that there is a professional business relationship being cultivated between the parties, and not a weird colonial construct.

😅 um yeah so I guess there have been a few situations.

And thank you for bringing up the role of technological infrastructure like cell towers – that’s super interesting to think about!

So to follow up on that, since it touches on a farmer’s ease in verifying info with you –

When you start digging, how do you generally know what you’re told is accurate? You mentioned that often you’ve only learned of discrepancies situations after the fact, by checking in person.

What are some other ways you have verified transparency info in the past?

The only way to know for sure is …

Stay tuned for Laura’s response, coming soon in the next blog post!

*For info about the $1/lb C-Market price, check out:

The first installment in this series here.

The second installment is here.

The fourth installment is here.